There is an extensive literature on corruption in the social sciences. However, the evil practice continues to ruin personal lifes, institutions and countries. Psychologists put corrupt persons in the psychopath life trajectory (Link) or explain corruption as result of the triad of personality traits for persons scoring high on not only psychopathy, but also on narcissism as well as  Machiavellianism (Link).  Some important lessons derive from a fast reading of the scientific literature. (1) Corruption develops over a period of time. The creed for ever more power seems a strong driving force. (2) Some personality traits are more likely to deteriorate into corruptive behavior and (3) institutions need to monitor carefully leadership practices and guard against abuses of power already at small instances like threatening with violence or dismissal. (4) Countries can do a lot to limit corruption through adequate legal systems, most notably through a truely independent judiciary as well as the need of investigative journalism to accompany potentially illicit behavior. All this comes at a cost, but without it democracies are at high risk. The European Union has to strengthen its defences in this respect to remain a credible institution, just as much as a great number of Member States. Not only the World Bank or OECD need to be monitoring countries, but we all need to be better equiped to read the early signs of corruption.  Whistle blowing and the protection of these persons is part of an effective anti-corruption system. Early signs of “nepotism” and “favoring of friends” in the workplace are easy to identify, but taking measures against it, needs firm committment on the part of advisory boards, colleagues at work or other interested parties like stakeholders or investors in case of private firms (wirecard) . (Link to NZZ). 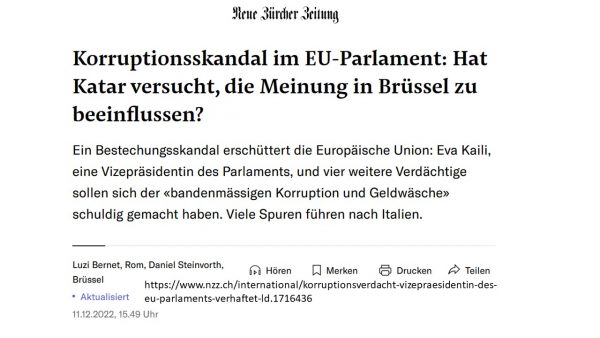