Besides the English term memory, which refers to a huge scientific literature starting with cognitive psychology, I like the French version of “mémoire”, because it is more comprehensive with additional meanings, nicely represented by Wikipedia.org. On the German Wikipedia-page you find first the reference to the children’s game memory, turning around images and memorising where the counterpart is/was (play pairs). This diversity hints towards a cultural element in memory. There is a person’s memory or mental capacity to recall and ways to remember. The latter term refers a lot more to collective memories and becomes a more debated issue. Danny Trom uses the term “split memory” in a chapter on France and the “myths of nations” (p.129-151). In David Brook’s reader on “the social animal” he states that grandmasters in chess (p.88) were long believed to have superior memory. This is actually not true as memory experiments showed, but they rather saw formations and “internal connections forming networked chunks of information”.
“Mémoire”, on the contrary, refers also to the writing of a person’s own biography. Nowadays, book shops contain whole sections of autobiographies, the most sold appears to be the one by Michele Obama recently, if I recall correctly. Among the most scandalous is the publication of the “Journal pour Anne (Pingeot) 1964-1970” by Francois Mitterand. All the autobiographical documents make explicit major parts of what might form collective memory later on.
Memory has found its way into engineering and computing. The memory effect in batteries or being “out of memory” frightens users in computing or programming. In short, I wish you the best of memories reading this page and stimulation by visiting memorials (image: Jewish Museum in Berlin 2022, Ullmann exhibition). 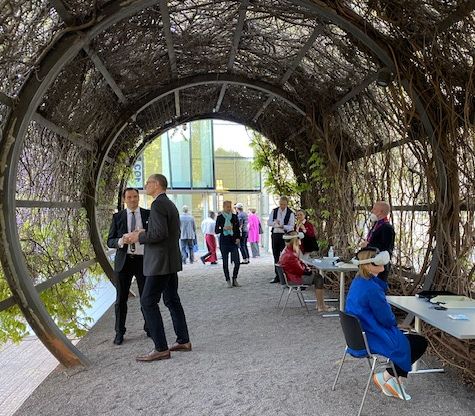